Key Warning Signs That Your Car Battery Is Failing

Although most people don't give a whole lot of thought to the battery under the hood of their car, it's important to remember that it won't last forever. Car batteries have a fairly short lifespan and need to be replaced periodically. If you don't have a whole lot of experience dealing with car batteries, you may not be able to easily spot the warning signs that yours is failing. Here's a look at some of the things that you should watch out for that could mean your battery is nearing the end of its useful life.

If you have had to jump start the car more than once or twice in the last month, that's a sure-fire sign that your battery is in need of replacement. Not only is the fact that it's not holding a charge a sign of a problem, but jump starting multiple times over a short period like that can damage the battery as well.

Your Check-Engine Light Is On

The Engine Only Starts After Multiple Tries

Although a hesitant engine could also be an indication of a starter problem, it's most often caused by a low battery. You can determine which is the problem fairly easily. Jump start the car, then let it run for about half an hour. That allows the alternator to charge the battery for a while. Then, once you drive home, turn the car off and wait a couple of minutes. After a couple of minutes, try to start the car again. Do this a couple of times. If the car starts without a problem, that's a sign that it's the battery, not the starter.

There's A Foul Odor Under The Hood

A smell that resembles rotten eggs emanating from under the hood of your car is a key warning sign that the battery is damaged. This smell usually comes from gas venting out of the battery. It's important that you don't ignore this, because if the battery is venting, it could also be seeping sulphuric acid under the hood.

Whether your car has been exposed to extreme heat or cold, those temperatures can actually cause a chemical reaction in the battery that causes the case to swell. If your battery is misshapen, it will need to be replaced right away. 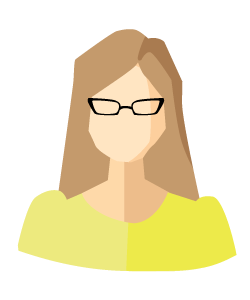 With so many sensors and notification panels on the newer cars, many drivers have started to put more trust in the notifications than their own understanding of auto mechanics. As a backyard mechanic for my whole life, I've learned that when you think something isn't right, there's a chance you could be right. Unfortunately, many drivers don't know how to check some of the most basic common malfunctions. I created this site as a way to give those drivers a fundamental understanding of the things to watch for and how to check for problems. I hope that it makes you a more confident driver knowing that you can spot some early signs of trouble before they become a hazard.